We’re all tech heads here at Vertical Productions. You have to be, given the rate at which technology changes and film cameras are no exception. In the last decade or so, the rate at which new cameras have been popping up has been exponential. With the advent of DSLR video which, enables cameras to produce cinematic quality at a much lower cost, relatively new competitors like BlackMagic and GoPro which have really shaken up the old guard of Canon, Sony and Panasonic, to actually compete producing fantastic cameras. It’s never been a better time to be a camera nerd which works great for our clients, meaning that they’ll be getting the best quality images that the most up to date film gear we can provide.
2016 is big year for cameras as all the big players will be releasing the newest iterations of their flagship models, so in this blog we will briefly go over what each of the biggest developers are up to and what this will mean for you.

The two big bits of news from these guys are mostly about their superb cinematic camera the C500 and news that they’re building a 360 camera (which if you read our last blog you’ll know all about that).

The C500 MkII (developers love their catchy names) is mostly built for cinema and TV quality filming. We’ve used high end cameras such as these on numerous projects and are very experienced at squeezing the best imagery we can out of them – as you may be able to tell from our latest showreel. 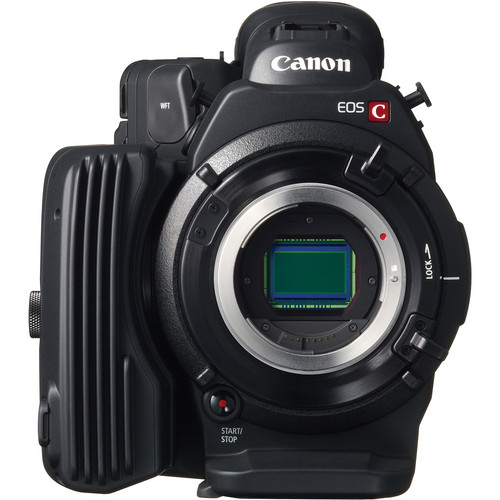 Canon are apparently also looking to building their own 360 camera which, as previously mentioned in our last blog, is currently an unoccupied space waiting for someone to fill it with both consumer and pro equipment. Canon’s apparent jaunt into the 360 market will create a camera similar to the Ricoh Theta S and will be very much a consumer product (albeit a very camera geeky consumer).

The new BlackMagic Mini Ursa is, unsurprisingly, a smaller version of their flagship cinema camera the Ursa and it comes with a whole raft of features including the ability to film at 4.6K (4608×2592) with slow-motion.

Also coming out this year is the BlackMagic Micro Cinema Camera, which is almost GoPro sized, shooting various framerates in HD and because it’s so small and lightweight can be used quite successfully in a drone to get those amazing aerial shots that you might have once thought needed an expensive helicopter hire to capture.

RED have been a stalwart in cinema camera production for a number of years now with their cameras being used on films like Jurassic World, Pirates of the Caribbean and The Martian. Their new model, the RED RAVEN will be coming out this year much to the delight of filmmakers around the world.

Seemingly out of nowhere, GoPro appeared on the market with it’s tiny little ‘action’ camera and delighted filmmakers and BMXers/Surfers/Paragliders/Skateboarders everywhere. It’s tiny form factor and usable image quality have made it a absolute hit and monopolised a market no one knew existed. They have a number of products coming out this year including an update to their flagship Hero camera.

The GoPro Hero 5 will reportedely feature 8K and 4K shooting modes at various frame rates (which is incredible because of the minuscule size of the thing) and will be able to snuggly fit into GoPros new Karma drone.

When filming with state of the art digital cameras a large hurdle to overcome is the size of the footage you have to deal with. We have dozens of 32gb memory cards that we regularly fill up on shoot days with our current camera gear, but as we go into the future more cameras will begin offering the ability to film in RAW.
RAW is a shooting mode that is sometimes referred to as a ‘digital negative’ and are used in much the same way negatives are used in photography. RAW video images are used to capture the filming subject as closely as possible and it’s then down to the editor to ‘develop’ the images in Post Production. The only real downside to RAW is that it takes up a lot more space on a hard drive compared to conventional footage.
Our Post Production suites at Vertical Productions are specifically designed to take care of any type of footage that we throw at it including RAW and we keep your footage safe too through our backup routines.

But what does this all mean?

As you might be able to tell, we are quite excited by all this camera gear coming our way and this can only have a positive affect on our productions and films. We’re able to advise on what cameras are suitable for your jobs and why you might need them as well as the creative shooting decisions. We’ve also got a large number of experienced camera operators and DOPs on our books that we regularly use to produce the high quality films we’re known for, regardless of what gear they’re using.

If you have any thoughts, comments or have an idea you’d like to discuss with us then please don’t hesitate to let us know via our contact page.